﻿
Zo﻿mbie Revival Event #39
7/03/2021 - 5 pm GMT+0
Welcome to the new event
Good Luck!
Up to 10 days of VIP for the winners!
Event information:
We will play the following map(s): zm_surf_random (which you can download manually here) zm_nide_surf_v1a (which you can download manually here) Special information: RTV,  Resetscore and Blast (Pushing props by a grenade) will be disabled.
Map time: 25 minutes
Time of the event: 7/03/2021 at 5pm GMT+0 Special rules:  Normal rules will be applied, Edging or letting your team die as a human will result in a ban up to 30 minutes. Rewards: Rewards will be considered by this way: Top5 most scores will be rewarded with 5 days of VIP in every map. Connect information:
Server:  Zombie Revival IP:  149.202.65.122:27000 Steam event link: NiDE Steam Group
Read more...

5 Days of VIP to winners!


Event information:
We will play the following map(s)  ze_Parking_v3_1 ( Which you can download manually here )
Time of the event:  6-3-2021 2AM GMT+0 Special rules (if any) Rules will be enforced strictly during the event. Spam in the microphone and trolling will not be allowed and will be punished directly, without a warning. Leader: Any willing one. Rewards: Up to 5 days of VIP to winners, considered this way: Winning the level 3 (normal) of ze_Parking_v3_1 will grant you 2 days of VIP! Winning the level 3 (extreme) of ze_Parking_v3_1 will grant you 3 days of VIP!
Read more... 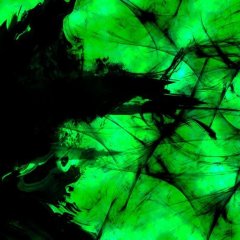 By ShadowCreepy,
February 21 in Admin Abuse